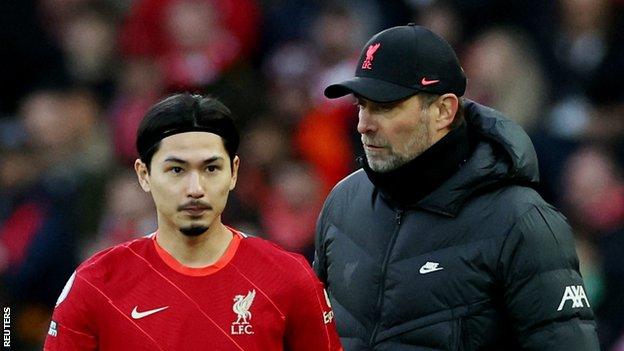 Minamino has scored six goal for Liverpool this season

Both clubs expressed an interest in the Japan international, who the Reds signed for £7.25m from RB Salzburg in January 2020.

Minamino has made 18 appearances this season, scoring six goals.

The 27-year-old has scored four of those in the Carabao Cup – including a late equaliser against Leicester City in a game the Reds won on penalties.

Jurgen Klopp’s side then beat Arsenal in the semi-finals to secure a place in the final, which will be against Chelsea on Sunday, 27 February.

Minamino had a spell on loan at Southampton in the second half of last season when he scored two goals in 10 appearances.