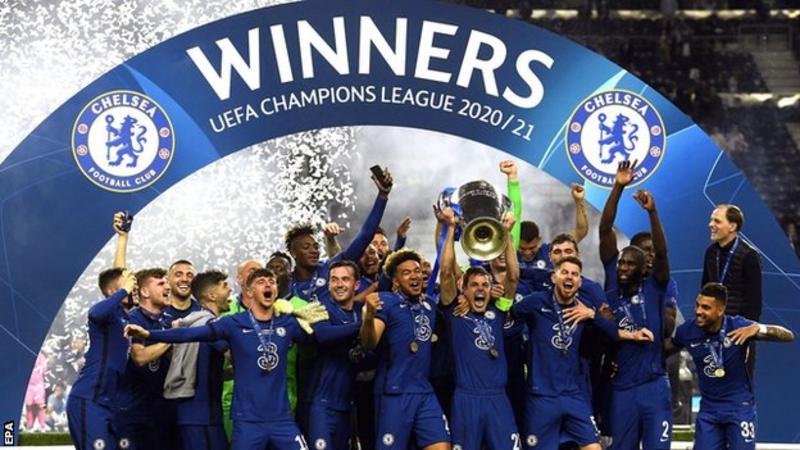 European champions Chelsea will play Al Hilal, Al Jazira or Auckland City in the semi-final of the Club World Cup in the United Arab Emirates in February.

UAE champions Al Jazira and Oceania representatives Auckland meet in the first round, with the winner of that tie facing Asian champions Al Hilal.

Chelsea face the winners of that game on a date yet to be confirmed.

Recently crowed Copa Libertadores winners Palmeiras will face Al Ahly or Monterrey in the other semi-final.

The tournament, which includes the champions of each continent (although Auckland were selected as there was no OFC Champions League) and the champions of the host country, will take place from 3 to 12 February 2022.

Liverpool (2019) and Manchester United (2008) are the only previous English winners, with Chelsea losing to Corinthians in the 2012 final.

Two of Chelsea’s Premier League games are likely to need rescheduling – their trip to Brighton on Tuesday, 8 February and home match against Arsenal on Saturday, 12 February.

The tournament clashes with the Africa Cup of Nations – which ends on 6 February – meaning Chelsea could be without keeper Edouard Mendy and winger Hakim Ziyech if Senegal and Morocco respectively have good runs.

African champions Al Ahly could be without half their first-choice team of Egypt internationals, with former Tottenham striker Mido calling it “disrespectful to Africa”.

The tournament was set to take place in December in Japan but they pulled out as hosts because of the Covid-19 pandemic.